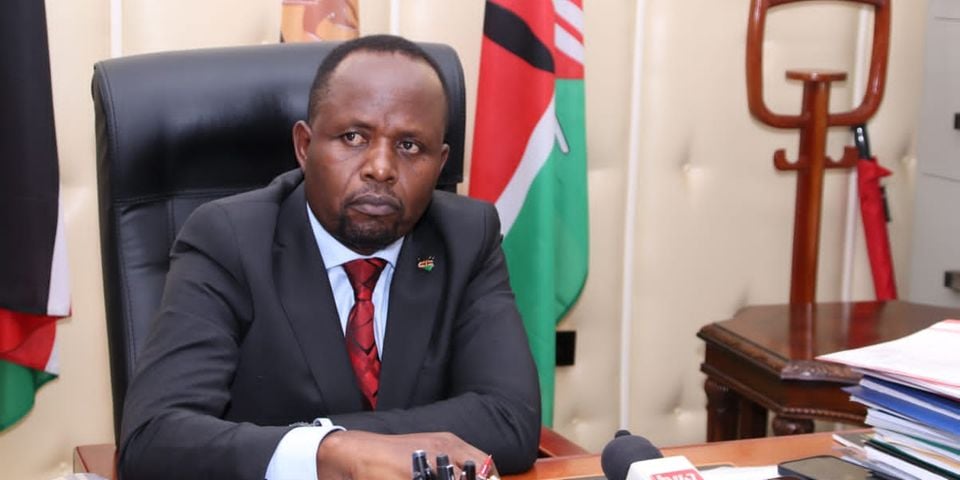 In order to address the nation’s food insecurity, Trans-Nzoia Governor George Natembeya is now urging the government to reconsider its plans to relax the ban on genetically modified crops (GMOs).

Governor Natembeya stated unequivocally that the removal of the moratorium was the result of biased research. “The government’s decision to relax the ban on GMO crops appears dubious. Before the moratorium is repealed, there needs to be sufficient stakeholder involvement,” according to the Trans Nzoia county Governor.

Natembeya claimed that eliminating the prohibition would expose Kenyans to health hazards and would allow cartels to manipulate the market to defraud the nation’s hard-working farmers.

“We need to examine the risks associated with eating genetically modified foods that previously practiced planting have changed, and we shouldn’t view people opposed to it as being primitive,” he said.

He said that the counties of Trans Nzoia, Bungoma, and Uasin-Gishu have an abundance of maize that can feed the nation without the need to import genetically altered crops. Natembeya requested that the national government provide subsidies to farmers in areas where maize is grown in order to increase the nation’s output.

At the same time, Governor Natembeya voiced opposition to President William Ruto’s decision to subsidize fertilizer costs, stating it was the surest method to give Kenyan farmers a sense of belonging. He claimed that in order to help farmers expand their operations, his administration will also set aside money that will result in lower fertilizer prices.

In order to have enough surplus food to serve other sections of the country that are hungry, he remarked, “My administration would provide support to farmers to see them raise production. “The governor observed that a lot of farmers in the wealthy maize-growing regions were angry because middlemen had paid dirt-cheap prices for the corn that was currently being harvested.

Leaders from maize-growing regions have not taken well to this, calling the action uninformed and intended to harm the local farmer.