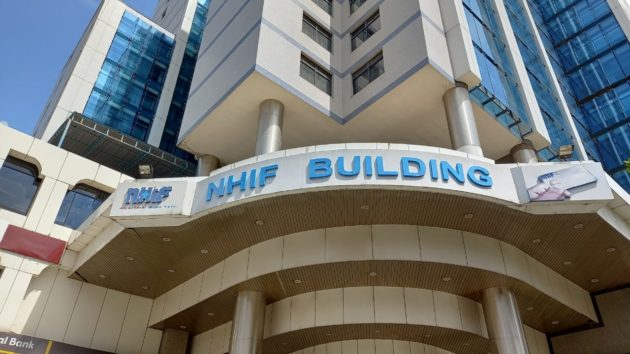 Private hospitals will continue offering services to National Hospital Insurance Fund (NHIF) card holders following a deal reached with the Ministry of health.  According to the Fund’s board chairman Lewis Nguyai, this follows consultations that extended the contracts’ deadline to March 31.

Health Cabinet Secretary Mutahi Kagwe stated that after this, new contracts which will be implemented from July 1, 2022, will be signed. He further confirmed that the old contracts will remain effective for the next five months. He also pointed out that during this period, contentious issues will be ironed out. Kenya Association of Private Hospitals Chairman Abdi Mohammed had stated that the current terms of engagement do not favor hospitals and thus the need for them to boycott the fund.

Top officials from the Ministry of Health are in a closed-door meeting with private healthcare providers in a bid to resolve the standoff that has seen some hospitals move to halt services to National Hospital Insurance Fund (NHIF) patients. The standoff was sparked when the national medical insurer slashed doctors’ fees, with private hospitals accusing NHIF of hurting patient care, saying the move was not viable for the facilities.

They had also demanded that the extension of contracts be awarded to the facilities before they commence any engagement.

The Kenya Association of Private Hospitals (KPHA) had on Friday threatened to turn away patients under the national medical insurance starting Monday. The hospitals had resolved that patients with NHIF cards will be locked out of service until further notice.

KPHA secretary-general Dr Timothy Olweny said the new contracts were hurriedly executed without adequate time for perusal, and implementation would be counterproductive. He said that in the new contract for 2022-2024, which they said they had not examined, the input of private hospitals was not sought, save for a few providers, and the contents of the contracts currently being circulated for execution will not work for them.

For instance, in the new contract, for an appendectomy (a surgical operation to remove the appendix) the combined rate proposed by the NHIF suggests that doctors’ fees and hospital charges should not exceed Sh40, 000. However, under KMPDC guidelines, doctors’ fees range between Sh60, 000 and Sh120, 000, while anesthetists are allocated Sh20, 000.For hemorrhoids surgery (to remove swollen blood vessels inside or around the anus and rectum), KMPDC guidelines suggest doctors’ fees of between Sh70, 000 and Sh150, 000, but for NHIF, the services should not exceed Sh24, 000.

He said the process of developing the contracts was procedural, lacking the meaningful engagement of healthcare providers, adding that with only four days left to the expiry of the extended contract, Kenyans would be on their own.

Dr Olweny said that the initial contract, for three years, expired in June last year and was to be renewed in July until June 2024. However, all they have been getting are one-month extension contracts from NHIF.