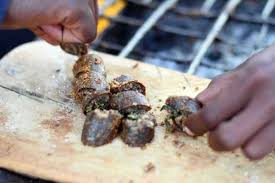 Following a crackdown on establishments violating health and safety standards by public health officials in Marakwet West, a large number of hoteliers running various eateries in Kapsowar were detained.

The operations, which caught many hotel owners and employees off guard, were successful in catching people lacking required clothing and health certifications.

Marakwet West County Administrator Patrick Maiyo said that the operation was aimed at making sure the hotels and eateries conformed to the public health and sanitation regulations so as to avoid outbreaks of diseases.

He added that the health officials were also looking into hotels that are not up to par in terms of cleanliness to shut them down but all met the stipulated cleanliness standards.

Confirming the arrests, the Marakwet west sub county OCPD Bosita Omukholongolo who said those arrested will appear before a court of law to answer to the charges.