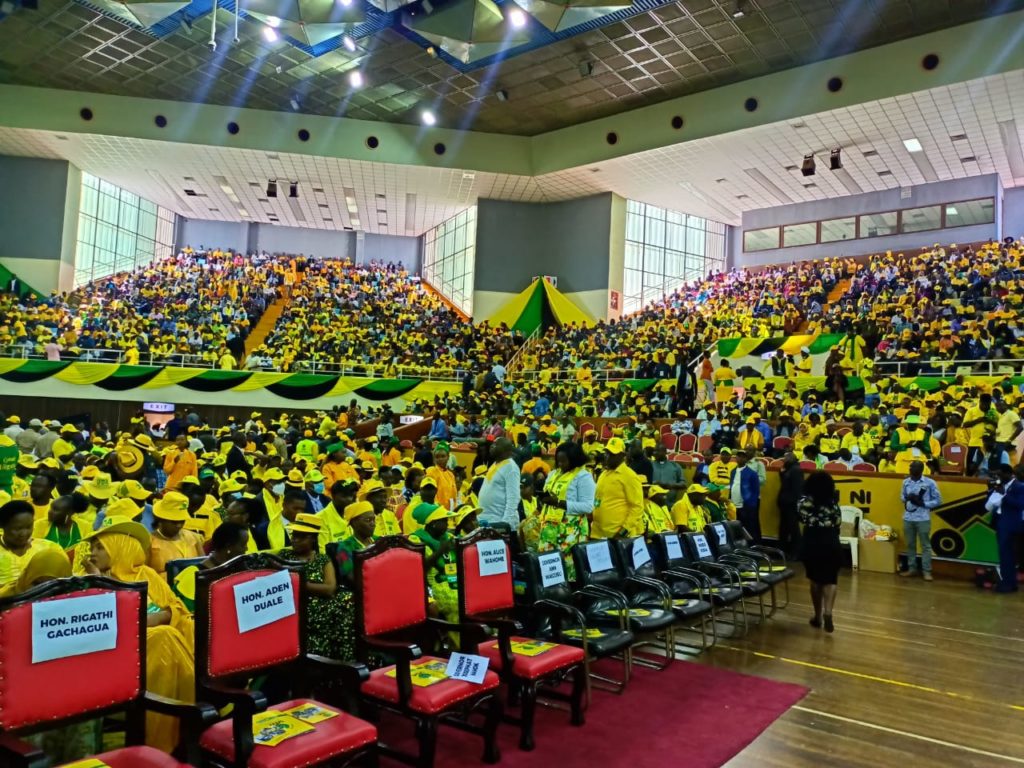 The party’s Secretary General Veronica Maina said that this will allow Ruto to partner with other like-minded alliances, as he seeks to form the next government on behalf of the party.

“Today the party’s National Delegates Convention empowers you to initiate, discuss, negotiate and enter into any coalition, mergers, affiliations and alliances,”

The move gave the Deputy President the legal basis to show dalliance to the Kenya Kwanza Alliance that brings together the Amani National Congress party and Ford Kenya party. Other parties set to join the Alliance include Chama Cha Kazi led by Moses Kuria, The Service party led by Mwangi Kiunjuri and William Kabogo’s Tujibebe party.

This comes even as talks continue in the formation of Kenya Kwanza Alliance which will see Ruto crowned as the Alliance’s flagbearer. Following his official endorsement, DP Ruto will battle it out with Azimio la Umoja candidate Raila Odinga among other contenders.

In the presence of the party’s lawyers the UDA party leader accepted the endorsement and swore to protect the Party’s Constitution in the presidential race.

Ruto was endorsed in a motion moved by UDA Secretary General Veronica Maina. It was seconded by the first UDA legislator John Kawanjiku from Kiambaa constituency and Sophie Mekoye a party member from Bungoma.