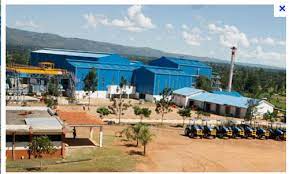 West Kenya Sugar Limited has asked the court to enjoin it in the case sugarcane farmers are challenging leasing of Mumias Sugar Company. Through lawyer Paul Muite, West Kenya told commercial court judge Wilfrida Okwany that they deserved to take over the ailing miller having been the highest bidder.

The Kenyan miller now wants the court to enjoin it as the sixth plaintiff in the case which has also attracted Mumias Outgrowers Company (Moco).

“The intended sixth plaintiff seeking to be enjoined in these proceedings had in mind to save court’s time. The complaints it has are similar are identical to those in the proceedings. West Kenya was the highest bidder at Sh36 billion compared to Sarrai Group that bid at under Sh6 billion, a difference of 30.2 billion, which when we get enjoined we will get an explanation from receiver-manager and Kenya Commercial Bank,”

In its application, the firm argued that it is aggrieved that Ugandan miller, Sarrai Group, clinched the lucrative deal even after offering the lowest bid. The Jaswant Singh Rai-led company stated that a reply by Mumias receiver-manager Ponangipalli Ramana Rao said it was knocked out of the race to avoid monopoly. According to Rao, West Kenya would have controlled 41 per cent of Kenya’s sugar industry if it was offered the lease.

He was responding to Lambert Lwanga Ogochi, Augustino Ochacha Saba, Prisca Okwanko Ochacha, Robert Mudinyu Magero, and Wycliffe Barasa Ng’ong. West Kenya now wants the court to allow it to join the case as a sixth petitioner saying that it is aggrieved by how the bidding process was conducted.

“The entire bidding and opening bids was marred with opacity and lack of accountability and transparency,”

At the same time, Moco wants to be enjoined as a party in the case. The firm argued that it had a stake in the case as Mumias owes it Sh3.2 billion. On the other hand, another group of farmers, known as Gikwamba, also sought to join the case. Gikwamba however backs Rao, Kakamega County government, Sarrai, and Attorney General’s argument that the case should be thrown out. The receiver-manager, Kakamega County and Sarrai opposed the application stating that the directions of the court were to hear whether the court has powers to intervene.

Senior lawyer Kiragu Kimani urged the court to concentrate on hearing on whether the court should extend its orders.

“My clients, the first and second respondents (Rao and Kenya Commercial Bank), are the ones most affected. The orders issued were without the benefit of hearing the respondents. They were for 10 days and have since lapsed,”

The county’s lawyer James Orengo supported Kiragu’s application that the case should proceed without hearing applications for others parties to join the case. According to him, there are multiple cases that are meant to stall the leasing process.

Meanwhile, lawyer Kibe Mungai who is representing the farmers asked the court to allow him three more days to read and file further replies in the case. He said he was not served late with the court papers on time.

Justice Okwany ordered that those who sought to join the case should serve their court papers to the other parties. According to her, it would be unfair to lock them out without a hearing.

“Considering the public interest, it will be naive for the court to ignore the plea of the new parties and hear the case without them. They will be hearing the case piecemeal which will have the effect of having so many cases in court,”