SECURITY CHIEFS TO MEET THURSDAY ON VANDALISM OF GOVT INFRASTRUCTURE 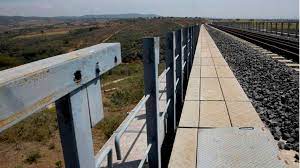 Top security chiefs will on Thursday hold a meeting to discuss the security of the energy sector infrastructure. The meeting comes in the wake of increased vandalism especially of government infrastructure which President Uhuru Kenyatta had described as economic sabotage.

President banned any further dealing in scrap metal until guidelines to regulate the sector have been put in place. The meeting to be headed by Interior Cabinet Secretary Fred Matiangi and his Energy counterpart Monica Juma will also include National Government Administration Officers (NGAOs), Critical Infrastructure Protection Unit (CIPU) commanders and top KPLC and energy sector managers.

President Kenyatta had warned that anyone found culpable of vandalizing critical development infrastructure will be charged with treason. He said such acts of vandalism translate to economic sabotage since the said infrastructures can bring the country’s activities to a standstill if they don’t operate optimally.

Nine senior Kenya Power officials had been arrested following the recent countrywide power outage in the country that had been linked to negligence and sabotage. Two months ago, police arrested two people behind the vandalism of the Standard Gauge Railway (SGR) line. The two were accused of vandalising the SGR line in Mtito Andei, leading to a two-hour delay of a passenger train.

The National Police Service (NPS) said that they managed to recover railway line blocks that had been vandalized along the rail line.