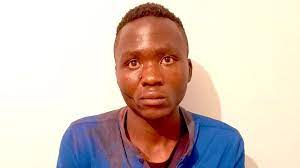 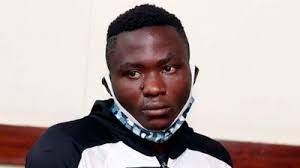 This incident was confirmed by Assistant County Commissioner Cornelius Nyaribai. The
administrator said Wanjala was killed on Friday around 6.45am.
Wanjala, 20, who recently confessed to killing 10 children in Bungoma, escaped from Jogoo
Road Police Station in Nairobi under unclear circumstances on Wednesday.
wanjala was arrested in July this year in connection with two missing children aged 13 and 12.
Following his arrest, he led police to where he had dumped the bodies of the minors.
Afterwards, Wanjala confessed to a secret murderous campaign spanning six years and in more
than four counties where he executed all his victims single-handedly, some with his bare hands.
He admitted to kidnapping and slaughtering at least 13 children in Nairobi and its environs as the
city reeled under a spiraling wave of abductions.
In Bungoma County, he led detectives to several scenes where he claimed to have buried some
of his victims.