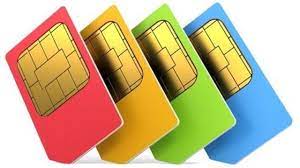 Communication Authority of Kenya (CA) has extended the SIM card registration by another six months until October 15, 2022. The extension follows a meeting which was held between the Authority and Mobile Network Operators (MNO) bosses on Thursday evening. The agency’s Director General Ezra Chiloba met with the Mobile Operators Chief Executive Officers who resolved to extend the exercise to allow for 100 percent compliance.

He warned that “any case of non-compliance with the SIM Card Registration Regulations 2015 by either the operators or subscribers will attract immediate penalties as laid out by law”.

Currently, according to CA, “Safaricom PLC has reported 67 per cent compliance, Airtel Kenya 55 per cent while Telkom Kenya is at 33 per cent”.

The extension comes as a relief to many Kenyans who on Friday trooped to various stations to beat the midnight deadline which had been set before to have their lines registered. Safaricom on Friday rolled out an online self-registration platform to allow its subscribers to validate their details after weeks of reluctance.  Airtel and Telkom were the first to embed the online self-registration platform on their system.

A section of leaders have in the recent weeks been mounting pressure on the Authority to extend the registration exercise. Deputy President William Ruto Tuesday had called for an extension of the exercise noting there was no rush.

“Kenyans are queuing everywhere, it is not necessary for them to queue for a SIM card for them to be registered, we have enough time. What is this magic about Friday?”

Ruto said there is no crisis and asked the Ezra Chiloba led – agency to re-consider unless they are up to no good. The Authority has since clarified that the ongoing exercise has nothing to do with elections and that the validation exercise is targeting subscribers who are not duly registered.