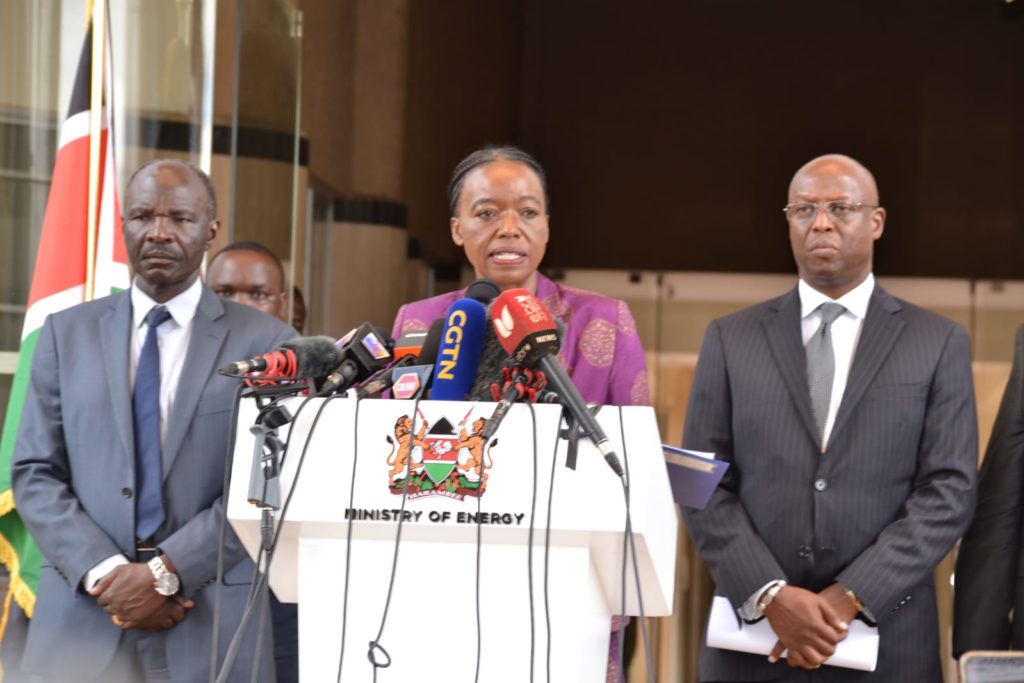 Energy Cabinet Secretary Monica Juma says the country has adequate petroleum stock and pointed out the current shortage has been brought about by hoarding by some oil and marketing companies. Speaking during a press conference, Juma stated that the current situation being witnessed in the country can be equated to deliberate efforts to sabotage the country’s economy.

The Energy CS said that that the government had established that some players within the oil market are using speculative behavior to increase prices and diverting the commodity to neighboring countries for their own benefit.

“I can confirm Kenya has adequate stock and some players are hoarding products on speculation ahead of price reviews. Some players have been diverting cargo to the export market,”

She further described the current crises as unacceptable pointing out that Kenyans should not be subjected to this situation. She added that the government had begun to institute action against petroleum retailers who were selling their products at higher prices.

“During the stress period, some retailers were offering petrol at increased prices consequently; they have been issued with show-cause letters by EPRA,”