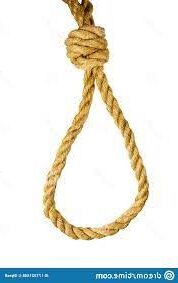 Depression is a major common illness worldwide and may become a serious health condition, leading to suicide. Depression, for instance, affects people silently in jobs, schools, hobbies, and faith-based organizations, with the vast majority of those suffering hiding their mental health challenges for various reasons. The consequence of the reluctance to seek help within any organization is costly and thus people must discuss mental health to save countless lives.
In a recent case of suicide due to depression, a 23-year-old Tanzanian female student was found dead in her apartment in Thome estate in Nairobi. The fourth-year student at the United States International University in Nairobi, identified as Violet Bijura, is believed to have committed suicide by hanging herself on a doorframe in her house.
A team of police confirmed that they were informed of the apparent suicide by the neighbors, who claimed to have seen the lifeless body hanging on a bed sheet at her house on November 19
at 7 pm.
According to the police, the deceased had left a suicide note in her living room indicating that she was suffering from a mental breakdown, which had subjected her to a period of intense
mental distress.
Through personal reflection, I have realized that the majority of people experience negative life events due to stress because these events have an influence on the symptoms of depression and
their recurrence, as well as the emergence, improvement, and stability of depression.
It is important to note that different types of depression exist, with symptoms ranging from relatively minor to severe. Generally, depression does not result from a single event, but from a mix of events and factors.
Acceptance that depression is part of one’s life can feel hard. In the early stages of depression, things like taking a nature walk, talking to a friend, or taking part in some activity you enjoy
doing can help. While severe depression can be hard to deal with, pretending to be okay can be counterproductive.
Seeking support early can help stop symptoms from becoming worse. The lack of social support can lead to stress and depression, where individuals experience physical, mental, or emotional strain, anxiety, or tension, resulting in negative health effects on their physical and psychological well-being. Reaching out to family and friends can thus be a viable way of fighting depression.