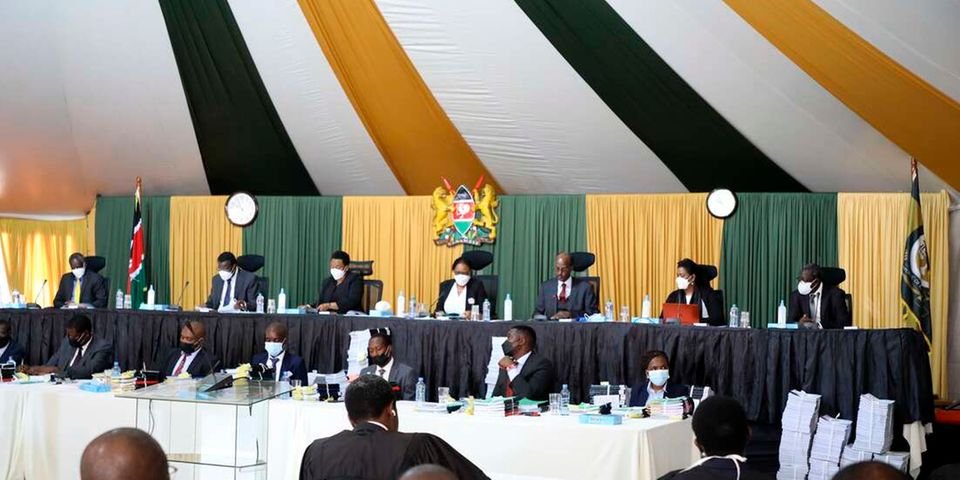 The Supreme Court has started hearing three appeals related to the Building Bridges Initiative (BBI), with the Attorney-General taking the opportunity to fault the High Court and Court of Appeal for nullifying the constitutional amendment process. In his opening statement, the AG argued that the courts failed to address the issues to their finality, such as applicability of basic structure and presidential immunity. Through Solicitor-General Kennedy Ogeto, the AG said the judges erred in their findings.

“The judges do not also agree on their finding on whether a President can initiate amendment of the Constitution… The High Court said the President can only use the parliamentary route and not a popular initiative. Some judges at the Court of Appeal agree, others disagree and others did not address the matter.”

He told the apex court that at the Court of Appeal, Justice Patrick Kiage said the President is under duty to obey the Constitution but not to change it.

The AG wants the court to overturn the Court of Appeal’s judgment that thwarted the proposed changes of the Constitution. The Supreme Court has also revised its earlier directions on allocation of time to the parties.

In the amended directions, the court locked out the Kenya Human Rights Commission, Dr Duncan Ojwang, Dr John Osogo Ambani, Dr Linda Musumba and Dr Jack Mwimali from addressing the judges. This is because they are amici curiae (friends of the court), admitted at the Court of Appeal.

The Supreme Court will determine seven questions related to the fate of the government-backed constitutional amendments under the BBI. First is the applicability of the basic structure doctrine in Kenya in the final round of the legal dispute that pits a citizens voluntary group (Linda Katiba) against the government.

The court will determine whether the Constitution can only be changed by following four sequential steps – civic education, public participation, constituent assembly debate and a referendum. Both the High Court and the Court of Appeal ruled the BBI was unconstitutional for failing to follow the sequential steps. The two lower courts said the basic structure principle is applicable to Kenya.

The second question is whether a President can initiate amendments to the Constitution through a popular initiative. The lower superior courts ruled that the President has no power to do that through the popular initiative. The third question relates to the allocation of the 70 parliamentary constituencies proposed by BBI promoters. The Court of Appeal and the High Court found that the proposal was illegal as the delimitation of boundaries is the mandate of the IEBC.

The fifth question is on public participation in the BBI Bill and the sixth involves a quorum of the electoral commission at the time it was dealing with the bill. The last is whether a referendum ballot paper involving multiple amendments should contain several questions or a single one.