SWINE FLU KILLS ONE IN NAKURU 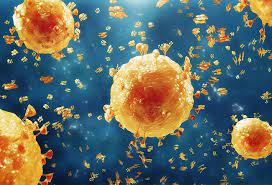 One person has succumbed and about 150 others infected by the contagious swine flu disease in Elementaita Nakuru county. Speaking with journalists on Tuesday after confirming the incident, Nakuru county health officer Doctor Daniel Wainaina said that the incident occurred in Elementaita and called upon residents to embrace hygiene and wear mask.

“It’s true one person who is a five year old child has died and 140 others infected but we are calling residents of Nakuru and Kenya in general to embrace good health hygiene like that one of COVID 19. I also want to assure them that we have controlled the epidemic and they should therefore not worry.”

But what is swine flu? Swine influenza is a highly contagious respiratory disease caused by infection with influenza A virus (IAV). Field isolates are of variable virulence and clinical signs of disease may be due to secondary infections.

Pigs play an important role in the overall epidemiology of influenza because they are able to replicate influenza viruses of avian and human origin, playing a possible role in the emergence of zoonotic strains with pandemic potential. Pigs can infect people, but swine strains of IAV do not appear to easily spread in humans. However, deaths have occurred in immunocompromised people.

In contrast, it is not uncommon that human seasonal influenza viruses become established in pigs, contributing to the overall genetic diversity of IAVs found in pigs. In 2009, an H1N1 IAV strain of swine origin spread globally; it infected humans, swine, poultry and fewer dogs, cats, and other animals. IAV in pigs is widespread globally and is reported mostly in swine-producing regions.