THE ACK CHURCH OFFERING GO MISSING FROM THE ALTAR. 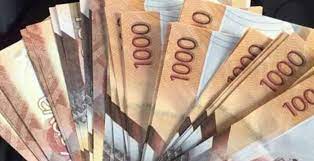 George Mburu, who is reported to be the caretaker at Kangemi’s ACK All Saints Mountain View Church, is said to have broken into the church after the service and run away with over Ksh.1.5 million cash that had been kept in a drawer at the altar as offerings.
“When the church elder John Wainanina and treasurer Elizabeth Njoki, went to the church to collect the money on Monday morning, they found the doors open, which was unusual. A closer look at the Lord’s table where bread and wine are consecrated, they were shocked to find it disorderly and the money that had been kept in a drawer beneath the altar missing!” said the DCI, in a statement on Monday.
According to the DCI, the church elder and treasurer reported the matter at Kangemi police station. Upon preliminary investigations, it was established that the caretaker of the church, who has since gone missing, was responsible for the loss.
The caretaker is believed to have tampered with the church’s electric power to disable the installed CCTV system before making away with the congregants’ contributions.            “Shocked members of the church  who reside close to the church milled around conversing in low tones, as they tried to come to terms with the disappearance of the money meant for the development of the community church. They wondered aloud how the trusted custodian of the parish would resort to such unbecoming conduct,” said the DCI.
“Some were heard pronouncing curses at the suspect whom they declared shall never prosper “in his remaining under the sun,” while others called for his forgiveness should he resurface and repent his sins.”A manhunt for the suspect is underway.