THE FIGHT AGAINST MALARIA IN KENYA 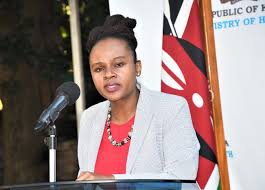 The country has made strides in efforts to eliminate malaria by the year 2030 with a survey conducted by the Division of National Malaria Program showing a decline of malaria cases in children aged 6 months to 14 years by 2 % since 2015.The 2020 Kenya Malaria Indicator Survey (KMIS) survey released by the Division of National Malaria Program reported the prevalence of the disease among the targeted group at 6% compared to 8% in 2015.

The survey reported a significantly higher burden of the disease 19% in the Lake region endemic zones which include Siaya, Kisumu, Migori, Homa Bay, Kakamega, Vihiga, Bungoma,and Busia with low risk areas having only 1%.

Speaking during the launch of the survey’s results, the Chief Administrative Secretary in the Ministry of Health Dr. Mercy Mwangangi, attributed the progress to sustained interventions by the ministry and its partners.

“This 2% drop in national malaria prevalence can be credited to the continued surveillance and epidemic preparedness efforts mounted by the team at the national malaria program, the county malaria teams and other partners working collaboratively with the ministry,”

The report indicated that the prevalence of low hemoglobin levels in children age 6 months to age 14 ranges from less than 1% in the Low risk zone to 3% in the Lake endemic and Seasonal zones. Although anemia is not specific to malaria, trends in anemia prevalence can reflect malaria morbidity, and they respond to changes in the coverage of malaria interventions. Studies indicated malaria positive children were two fold more likely to be anemic compared with their negative counterparts.

The report also captured research on prevention of Malaria among pregnant women with the findings showing an increase in the uptake of 3 or more doses of intermittent preventive treatment in targeted endemic areas.

“As Kenya aims to have at least 80 % of all pregnant women living in endemic zones receiving at least three doses of IPTp and sustain adherence to policy guidance in non-endemic areas, efforts towards realizing this target must be strengthened and sustained,”

Key interventions such the ownership and use of insecticide-treated net (ITN) have seen a downward trend from the previous survey conducted in 2015 (2015 KMIS).

Dr. George Githuka, the Head of Division of National Malaria Program noted that the stalled progress in some of the malaria prevention interventions have necessitated the need for intensified awareness and behavior campaigns. They also noted that the coronavirus pandemic had affected the implementation of some of the intervention measures which include seeking medication.

“Due to COVID-19 pandemic, we haven’t been able to distribute insecticide-treated bed nets, due to the restriction measures. Also the pandemic is associated with fever so some individuals refused to seek medication in health facilities fearing that it could be corona virus or they would contact the virus in health facilities,” despite this they have been able to ensure locals receive the nets as they follow the COVID-19 protocols.

On October 31, 2020, President Kenyatta launched the “Zero Malaria Starts with Me” campaign to catalyze implementation of his four-point anti-malaria agenda to eliminate the disease by 2023.Malaria is one of the world’s most deadly diseases. In Kenya, the disease is the main cause of death among children under the age of five.