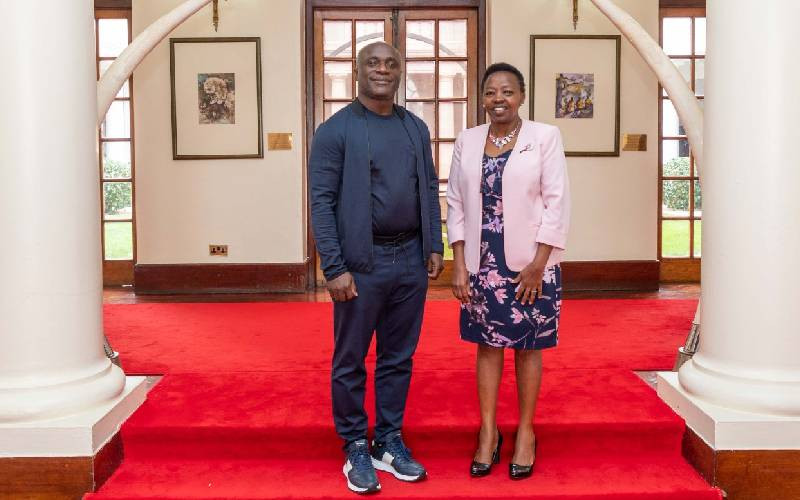 The prophet and his wife Angel Ndlovu visited her, according to a statement the first lady issued on her social media page.

”It was a pleasure  hosting  Dr. Ian Ndlovu and his wife evangelist Angel Ndlovu who paid me a courtesy  call at state House Nairobi”

Ndlovu is popularly known for his prophesies on the winning of Ruto as the president of Kenya on August 8 2022.

Two years ago Ndlovu said that “God says that do not betray your Joshua after he has helped you to secure the seat of power for all these years. God says it is this Joshua that has the grace from him to continue to where you are going to leave and continue what you started together several days.

Another article by the prophet asserted that it was God’s intention to employ a Kenyan son named Bill, whose last name had the letter “R” to stand for Ruto. He went on to discuss the Mt. Kenya betrayal, which represented Kenyatta’s downfall as president and his deputy.

On the same day also the Kenyan first lady was visited by prophet Victor from Ghana from the Ministry of Power Chapel Worldwide and after that the first lady proceeded and met the Zabron Singers group from Tanzania.