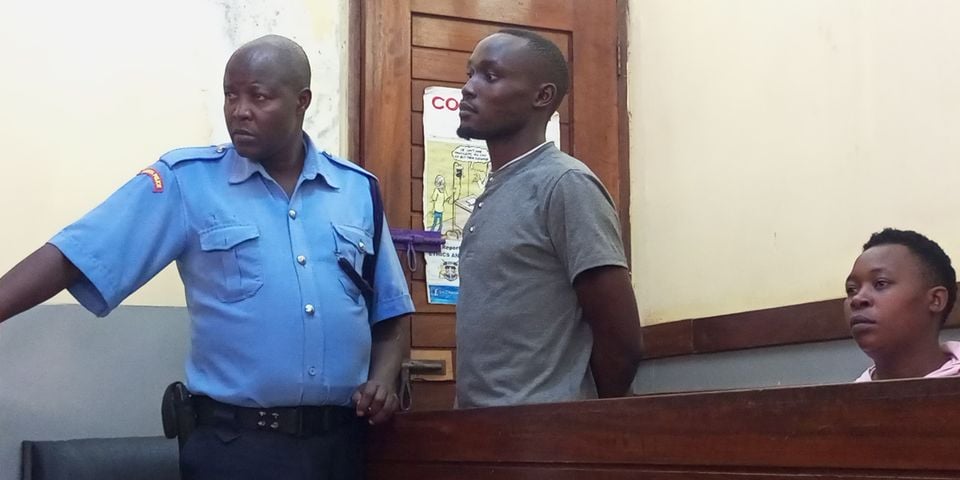 On Friday, October 28, Brian Wafula Barasa was charged with the murder of his mother, Judith Nafula Konya, 50, a lab technician at St. Joseph’s Girls High School in Kitale, and was arraigned before a Kitale court. Her body was wrapped in a duvet and dumped in Kiminini River after a post-mortem revealed she had died of strangulation, and police are holding her 25-year-old son as the primary suspect.

Police in Kiminini sub-county, Trans Nzoia County, requested additional time to conclude their investigations into the suspected murder of a 50-year-old woman by her 25-year-old son a week ago. Kitale Resident Magistrate A. Kassim agreed with detectives and ordered the accused held at the police cell.

A Kitale court was asked on Friday to order the detention of Barasa at the Kitale Police Station for 14 days by Mr. Zaddock Wafula, an investigator with the Directorate of Criminal Investigations in Kiminini.

Additionally, he asked Barasa to be taken away for a psychiatric evaluation and to aid authorities in locating additional suspects in the case.

According to Mr. Wafula, initial investigations showed that Barasa strangled his mother at their home in Baraton, Bondeni village, Trans Nzoia, before discarding her body in the Kiminini River while it was still wrapped in a blanket.

Before her son allegedly turned against her, she is believed to have scolded him for stealing one and a half sacks of maize. Then, it is claimed, he traveled to Eldoret, where he allegedly stole Sh1, 500 from his relative before making his way to the Coast region. He was detained by police at Mtwapa while traveling to Kilifi.

Barasa refuted the accusations. Having been threatened and abused in the police station cells, he asked the court to confine him to the Kitale GK major jail.

However, the investigator, Wafula, demanded that the suspect remain detained at the police station because doing so would make it simpler to plan his movements as the investigation progressed.

‘There will be a lot of movement, and keeping the suspect in custody in GK prison would make our job more difficult because we have to make picks. Periodically to help with the continuing investigations,” he said. The case will be discussed on November 14.