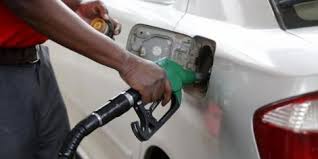 The National Treasury has substantially increased the allocation to the Petroleum ministry to enable it continue with a subsidy programme that has been cushioning Kenyans from the high cost of petroleum products.

Treasury in the mini-budget documents tabled in Parliament on Tuesday said Additional expenditure is on account of fuel stabilization through Petroleum Development Levy (PDL). The funds will be drawn from the PDL, a kitty funded by motorists who pay Sh5.40 per litre of super petrol and diesel they purchase at the pump.

The levy has over the last two years been contentious and partly blamed for the high retail price of fuel. It was increased to the current rate of Sh5.40 per litre of diesel and super petrol from 40 cents a litre in July 2020. Other fuels such as kerosene and cooking also pay PDL but at a lower rate of 40 cents a litre.

The government has been slashing margins that oil marketing companies get from the said of the petroleum products but these are later reimbursed. The companies have severally complained about late payment by the government.

The government has been implementing the stabilization programme since April last year following a surge in crude oil prices following increased demand. It had in September stopped the subsidy, which resulted in fuel prices reaching historical highs of Sh134.72 per litre of super petrol and Sh115.60 for a litre of diesel.

Crude oil prices collapsed in 2020 as governments across the world put place restrictions to tame spread of covid 19, dropping to a monthly average of $17 (Sh1, 921) per barrel in April 2020.

Prices, however, recovered as economies reopened and demand increased to $65 (Sh7,345) per barrel in March 2021 and $82 (Sh9,266) per barrel in December, the latter being the prices that were used to determine local pump prices for the January-February pricing cycle.

According to the Energy and Petroleum Regulatory Authority (Epra) in the absence of the subsidy programme, Kenyans would be experiencing much higher prices.

Super petrol would today be retailing at a record high of Sh144.47 per litre in Nairobi, which is Sh14.75 more than the current retail price of Sh129.72 per litre in the capital.

Crude oil prices have in the past rallied and this week reached $90 (Sh10,170) per barrel and has been project to hit $100 (Sh11.300) in the coming months, which point to higher retail prices for Kenyans.