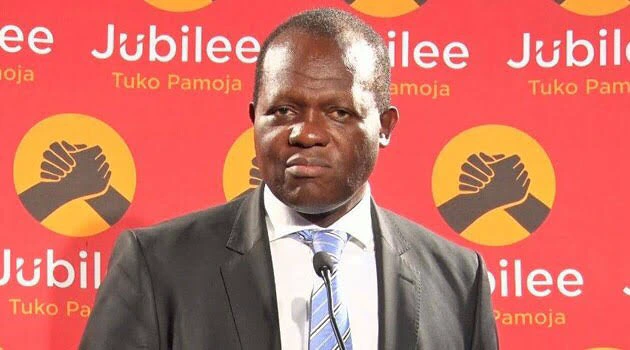 Former Jubilee Secretary General Raphael Tuju in recent event has come up with claims that before the second powerful man and the deputy president of this country Dr.William Ruto supported president Uhuru Kenyatta in 2013 polls, Ruto demanded for favors among them being monetary offers.

“Let the people of Mount Kenya not think that Ruto supported Uhuru willingly in the first place, this is a person of blackmail. He was paid. I can confirm before a court of law how it went…He came with conditions that had to be met in order for him to back Uhuru. To him politics is business. That is why when he was making appointments in the cabinets and parastatals; he had to be given a 50% share which he gave to his people and friends.”

Tuju termed DP Ruto, as an unscrupulous leader who cannot be trusted with the nation’s highest office. He said this while terming this year as one which voters need to choose leaders based on character.

“Trying to blackmail kikuyus that he supported them is false. He was paid and this is someone you cannot trust with the treasury and the central Bank,”

“Sitting with Ruto on the same stage when we are aware of his character is looking for trouble. You will only emerge dirty,”

Tuju said Odinga’s attendance would not have been consequential in his quest for presidency, saying the questions that would have been raised in the forum will be answered in the town hall meetings the Azimio leader has organized instead.