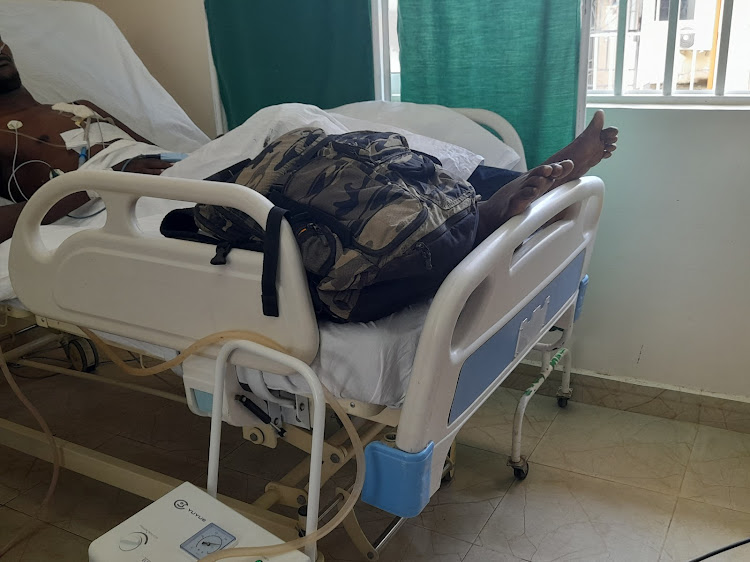 Turkana leaders   on Sunday  led by Governor Jeremiah Lomorukai condemned the killing of 11 people including eight police officers by Pokot bandits in Turkana East on Saturday.

“I have received with great sadness and shock news of the brutal murder of ten people, among them eight security officers, chief and a woman by suspected Pokot bandits in Kamuge Turkana East,” Lomorukai said in a press briefing.

The victims were ambushed as they pursued a gang of heavily armed bandits suspected to be from the neighboring Baringo county.

He said the security convoy comprising of GSU, NPRs and General duty personnel were pursuing the bandits who had attacked Ngikengoi village in Elelea sublocation, Katilia ward.

“At the scene of ambush general duty officer (driver) and other seven police constables of GSU Lokori were shot dead.”

The governor said residents of Turkana are tired of mourning deaths of their family members, victims of bandit terror that’s getting out of hand while the murderers go unpunished. He said last month, ten residents of Turkana were burnt alive in Napeitom when bandits torched their houses in the middle of the night.

“Despite our calls for action, the criminals were never pursued and the families affected have not received justice yet.”

The governor said in the past year, there have been similar attacks along the border with West Pokot and Baringo which have caused a state of insecurity and forced communities out of their homes.

Turkana Senator James Lomenen also condemned the incident and called on the government to beef up security and asked security agencies to mop up all illegal firearms in the region.

“If the bandits can kill the security officers dispatched by the government to protect our people, then how safe are the residents? he asked.