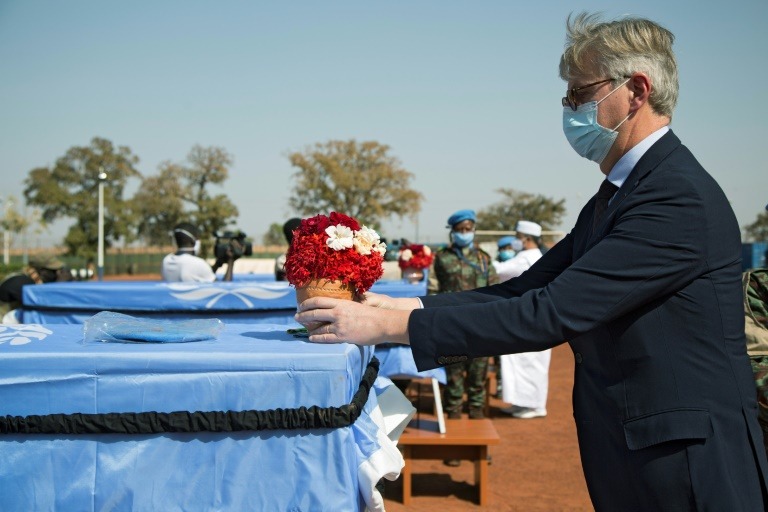 The UN Security Council on Tuesday extended its Mali peacekeeping mission until the end of June 2022, insisting on a return to civilian rule and for elections on February 27.

The resolution drafted by France to that effect was adopted unanimously and provides for a renewed mandate for the MINUSMA peacekeeping mission at its current strength of maximum 13,289 soldiers and 1,920 police.

After announcing the end of its Barkhane mission in the war-torn Sahel state, former colonial power France had hoped to be able to increase the strength of MINUSMA by a few thousand peacekeepers but the June 30 deadline for the end of the mission came too soon for it to secure a green light from the US Congress for extra UN spending in Mali.

The resolution calls on the UN Secretary-General for a report no later than July 15 “in light of the growing level of insecurity and physical violence against the civilian populations in Central Mali,” with recommendations on possibly beefing up the peacekeeping force.

It also asks the Malian transitional government to organize “free and fair presidential, as well as legislative, regional and local elections and a constitutional referendum” in February.

Finally, it stressed that the “Head of the Transition, the Vice-president and the Prime minister of the Transition should not under any circumstances be candidates for the forthcoming presidential election.”

The French ambassador to the UN, Nicolas de Riviere, said the resolution contained “strong messages regarding Mali’s political transition and the holding of elections on February 27, 2022.”

“The organization of this election is a top priority,” he said.

Mali is struggling to contain an Islamist insurgency that erupted in 2012 and which has claimed thousands of military and civilian lives.

Despite the presence of thousands of French and UN troops, the conflict has engulfed the north-central area of the country and spread to neighboring Burkina Faso and Niger.