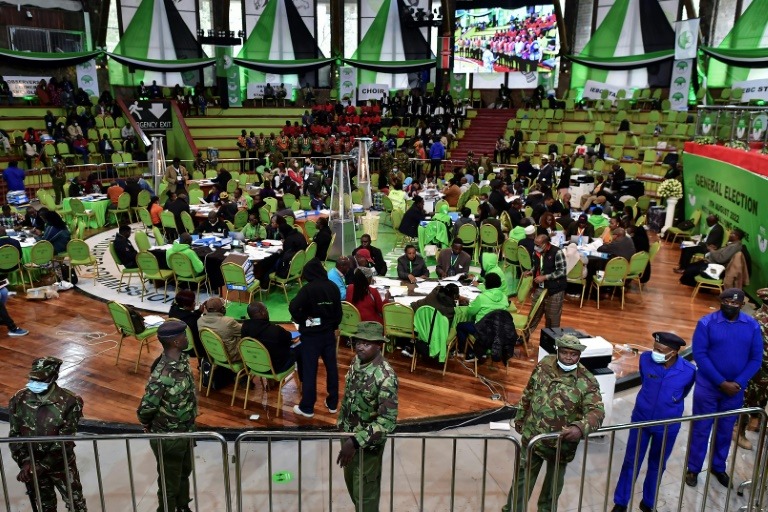 The Independent Electoral and Boundaries Commission (IEBC) has summoned presidential agents from the Azimio La Umoja One Kenya and Kenya Kwanza Alliance to confirm the tabulated presidential results in Form 34C.

The IEBC Chair, who serves as the nation’s returning officer, compiles the results from all 290 constituencies, as well as those from prisons and the diaspora, on Form 34C.

After the poll commission completed the verification process, the lengthy wait for the announcement of the country’s new president will end today.

The IEBC officials and presidential agents from the candidates have already taken a break and the 14 verification workstations have been taken down.

However, until of 5 a.m., the election agency has only announced results in 261 constituencies, therefore it had still to disclose confirmed results from 29 constituencies.

IEBC Chair Wafula Chebukati is currently preparing the form 34D which is the presidential winning certificate handed over to the winner of this political duel.

However, the media houses are providing different totals, with different a candidate leading, which is not as authoritative as the results the IEBC used to provide on the big screens.

The winner in the presidential contest must have attained the 50+1 vote which is 50 percent of the total votes +1.  Also, he must gunner 25 percent of votes in a total of 24 counties.

Already agents from the Azimio La Umoja One Kenya and Kenya Kwanza Alliance have taken positions in the auditorium with IEBC expected to make the final call on who will be the 5th President.