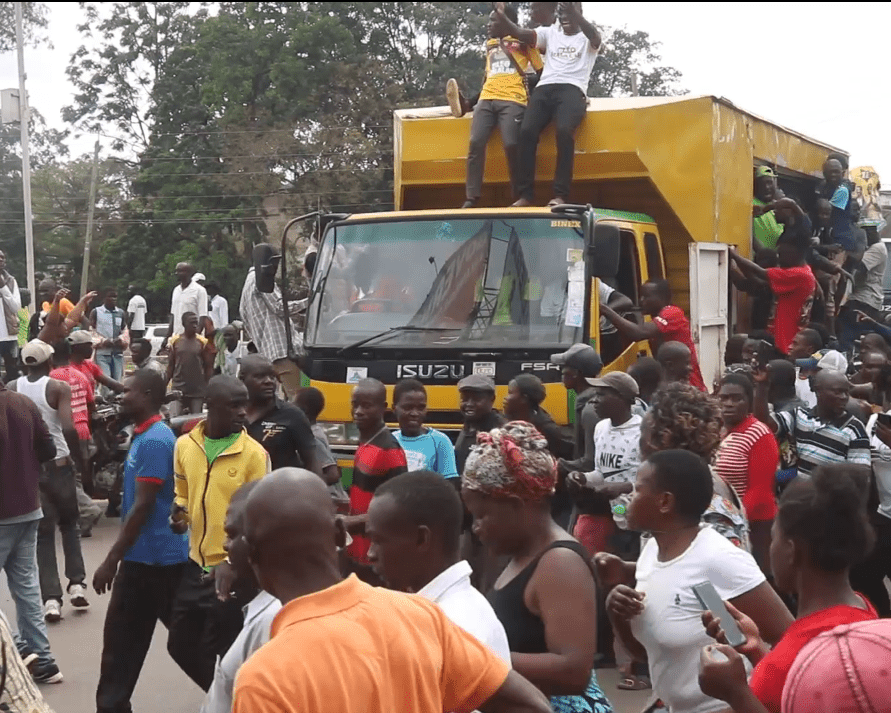 A few hours after the supreme court head by Martha Koome approved William Ruto’s win as the fifth president-elect after dismissing the case against the August 9 election by the Azimio la Umoja one Kenya alliance leader Raila Odinga, Kenya kwanza supporters in Kakamega County appeared in Kakamega and temporarily disrupted traffic and business due to the celebration of the victory.

Abdala Murengala, a leader among the residents, says that Cleophas Malala should be appointed as one of those who will be on his council due to his efforts in the union even though he didn’t win the governor’s seat of Kakamega County.

However, they emphasized that president-elect William Ruto should address the issue of lowering the prices of essential goods in the nation to lessen the burden of the cost of living for the average Kenyan.