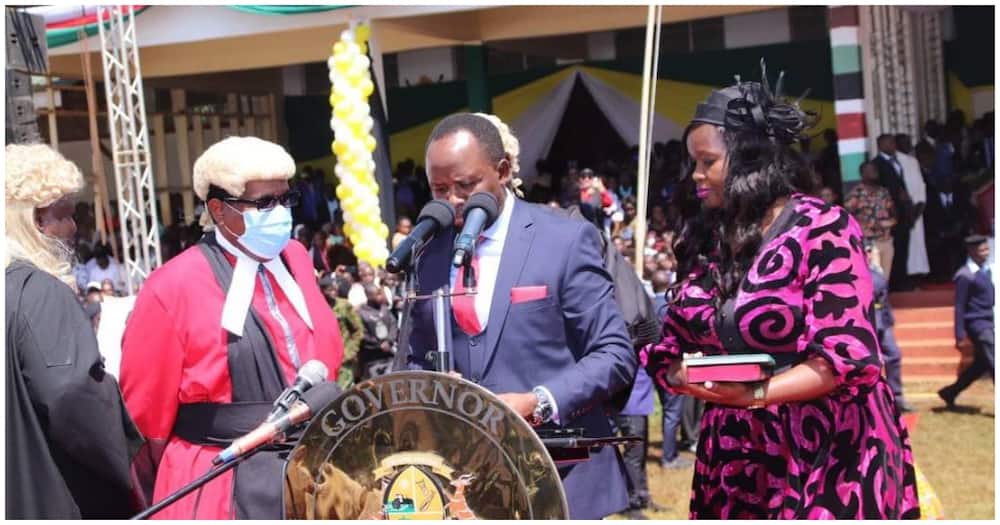 Over 45 governors together with their deputies were sworn in on Thursday in their various counties and will now take office officialy. About 11 governors managed to retain their seats, 8 of them come back after having lost the seat in 2017 general election while about 26 new governors took into office some as the 3rd or  as their 2nd governors in their respective counties after the 9th August elections that has seen large number of previously elected leaders going home.

We all saw the jubilations and hilarious moments of some of this governors and their close allies as they were being sworn in and I had a pity on them as I keenly listened to how their various people are calmly awaiting for them to do as they promised.

A resident who had travelled all the way from Saboti said during the inauguration of the 2nd governor of Trans Nzoia his Execelency George Natembeya at Kitale Showground stadium in Kitale town on Thursday.

Different leaders attended the inauguration of our new governor of Trans Nzoia including The outgoing defence minister Eugene Wamalwa, the DAP-K party leader Wafula Wamunyinyi who is also the Kanduyi MP among others. Even the newly elected senator Allan Chesang and our new mother of the county Lilian Chebet, all elected MCAs and MPS were there in large numbers not forgetting our former governor Patrick Simiyu Khaemba, Trans Nzoia county commissioner Samson Ojwang and thousands of Trans Nzoia residents.

The various MPS being led by Kiminini MP Kakai Bisau thanked Trans Nzoia residents for electing them and promised to work hand in hand to ensure they move ahead faster.

Trans Nzoia Senator Allan Chesang congratulated all Trans Nzoia residents for not looking at the parties but choose leaders based on what they expected.

Trans Nzoia women representative Lilian Chebet on the other hand promised to work hand in hand with all the leaders of Trans Nzoia.

“Natembeya please build Trans Nzoia farmers a miler that will process their maize and this will help them get more value of their products he said.”

Outgoing Defence minister Eugiene Wamalwa congratulated all Kenyans for electing new leaders and applauded the 7 women who have been elected as new governors country wide.

“Let me take this opportunity to congratulate all the 7 women regardless of their party or affiliation for taking up this big position of a governor.”

“Congratulations governor Natembeya, I tried my best to serve but I believe you will do more than what I did.”

The first woman Deputy Governor Philomena Bineah thanked all for electing them and said as a woman she will work to her level best to give out Trans Nzoians the best.

“ I am so grateful for the honor you gave us, God bless you so much. We will work hard to fulfil all the manifesto and agenda we had.”

All went silent as Governor George Natembeya stood out to give out his 15 minute speech.

“For the people of Trans Nzoia who are languishing in poverty, overtaxation, poor services and humiliation, I promise you, I will be the governor of all including those who never elected me. My first executive order now is this hao maaskari wa Kaunti kanzo wawache kuwanyanyasa watu wangu. We shall pay taxes in an orderly way. I will also promote ECDE and primary schools by ensuring our children get enough to eat…”