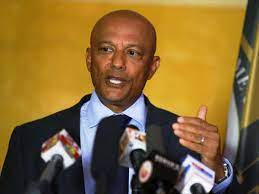 The Ethics and Anti-Corruption Commission (EACC) has vowed to recover monies and assets in future from those who used forged academic certificates to win elective posts. EACC Chief Executive Officer (EACC) Twalib Mbarak indicated that his agency would confiscate properties of politicians who used forged academic certificates to ascend to elective positions.
“The Commission will be patient with the judicial process on those who have used forged academic certificates to win elective posts. Once found guilty, EACC will ensure that all the monies paid as salaries and allowances will be recovered. This will include confiscation of property to recover the amount,” Without revealing the numbers of elected leaders under its radar over forged degrees, Mbarak said they were handling dozens of cases involving politicians, State and public officers. However, Mbarak indicated that two sitting Governors were among individuals with pending court cases over use of forged education certificates to secure elective positions.
Recently, EACC arrested and charged former Senior Lands’ Commissioners Wilson Gachanja and Zablon Mabeya and Senior Physical Land Planner Jabu Salim Mohammed over corruption they allegedly committed in 1994. Mbarak reiterated that elected and public servants would pay the highest price for the acts of omission and commission while holding public offices.
He added that his agency has recovered billions of shillings worth of proceeds of corruption and illegally acquired public property from retired politicians and civil servants adding that many more were under probe.
“Some of them pleaded for their crimes and requested to surrender proceeds of their crimes back to the taxpayers and we have used the Alternative Dispute Resolutions (ADR) to recover stolen public money and assets,”
He said longevity of corruption cases in courts would not affect their pursuit to recover billions of public funds stolen by individuals.
“The EACC will not get deterred with the longevity of when the crime is committed and all those who perpetrated corruption while holding public offices will pay for their crimes even if it will take ages,”
He said they were currently investigating several cases where some individuals are taking advantage of the current political transition to engage “in illegal allocation of resources, irregular employment, approval of suspected pending bills and priorities boardroom cooked projects…We are in a transition period, but accountability will still remain there. Any sort of malpractice even if you are retired it gets on you. People will face the law,”