WATCH ON CORRUPTION AHEAD OF THE GENERAL ELECTION 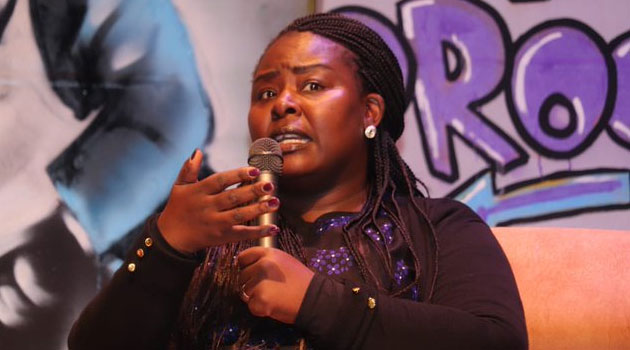 A non-profit organization called Transparency International Kenya has called for enactment of a law to regulate campaign financing ahead of the 2022 General Election as a measure to curb corruption. The organization which seeks to develop a transparent and corruption-free society through good governance and social justice initiative, said in a statement on Tuesday that the lack of a robust framework for the enforcement of the law preventing the use of “dirty money” for campaigns, poses a challenge in fighting graft.

Transparency International Executive Director ,Sheila Masinde, stated that recent conflicts over campaign cash in some parts of the country signify a challenge even as she pointed out that politicians need to be put to task over the sources of their money.

“The amounts of money being left in campaign locations under the guise of ‘community empowerment’ and clashes over cash pledges, are telling of the problem ahead if decisive measures are not undertaken to ensure that politicians are held accountable for the sources of their campaign funds, amounts raised and how these funds are used,”

The statement comes at a time political leaders have stepped up their campaigns as they hunt for votes across the country in efforts to secure different seats in the August 9 polls. She noted that the unregulated use of money during election campaigns is closely tied to corruption and illicit financial flows. Several politicians have been on the spot lately over what has been termed “bribing of voters” but there are no clear guidelines in place.

Masinde stated that political parties need to be on the forefront in fighting corruption by barring individuals implicated in corruption from vying for various positions.

“True commitment to tackle corruption by politicians seeking elective office must start with embracing transparency in the mobilization and utilization of campaign funds, and political parties’ refusal to nominate individuals accused of corruption,”

She called on the electorates to reject leaders with questionable integrity and vet them based on their past conduct and performance.

“It is pertinent that the next administration elevates anti-corruption efforts and it is thus incumbent on voters to adjudge and vet the next set of leaders against the standards of leadership and integrity set out in Chapter Six of the Constitution and reject any individual that has been found in breach of the standards set out, and assess past performance and capacity of candidates in regard to anti-corruption efforts.”

She stated that the organization has since moved to court to compel the implementation of the campaign finance regulations. Transparency International’s 2021 Corruption Perceptions Index gave Kenya a score of 30 out of 100, indicating a worsening situation, albeit marginally, compared to a score of 31 in 2020.