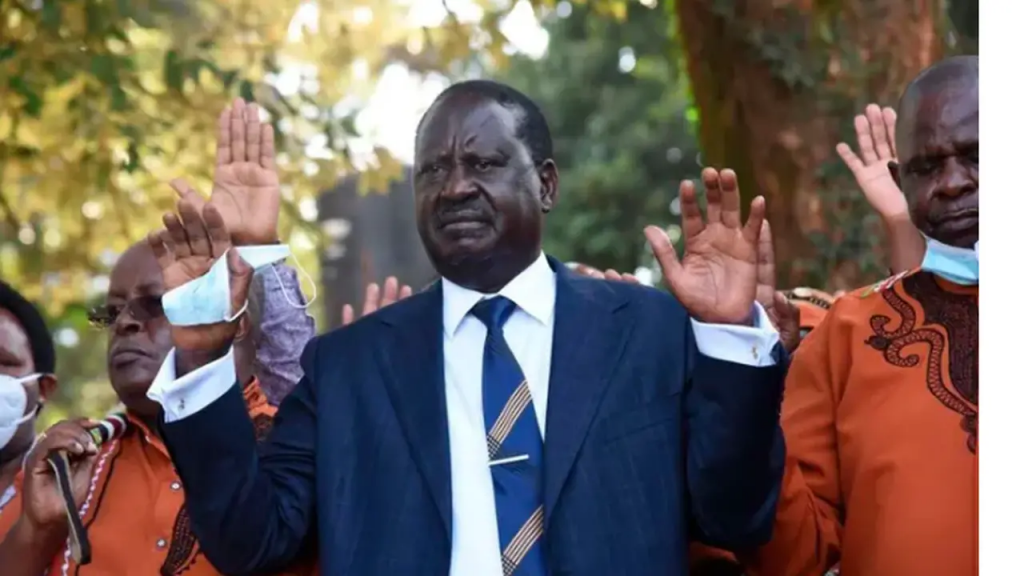 Elected members of the (Azimio la Umoja) coalition party has held a meeting in the (KICC) with their top leaders including Raila Odinga, Martha Karua, Kalonzo Musyoka and others.

The leaders held a meeting to discuss the way forward for their party after they rejected the presidential results announced on 15th of August by Wafula Chebukati, that declared William Ruto as the president elect.
After the closed door meeting the party held a briefing outside the doors of KICC and addressed the nation. During the briefing Martha Karua claimed that the Azimio party has command over parliament because they have a high number of representatives compared to their competitors Kenya Kwanza Alliance.
She believes that they have the power to make decisions in parliament. This is so because of the 180 members of Parliament for the Azimio coalition compared to 130 members of Parliament for their competitors.
“Our deferred victory is coming home.”

Karua  also promised the Azimio Supporters of victory in court she believes that they won during the 2022 general elections held on August 9th. She has urged them to maintain peace as they file a petition against their competitors in the supreme court.