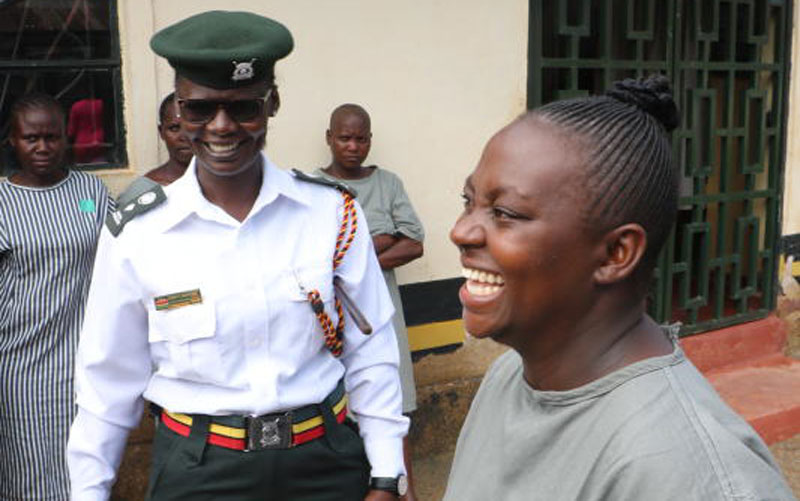 Prisoner who got 402 in KCPE wants family to visit, Amelia Jacobeth who is proud of her 402 marks in the just-released 2021 KCPE examination results expressed how life has been tough for her in prison as she feels so lonely with no family. Jacobeth says the decision to re-sit the exam was a step in the journey to reconnect with her family.

“I have been here at Kakamega Main Prison capital remand since January last year. It is lonely, no close family kin has visited since I was incarcerated. It hurt mentally and I decided to find solace in education,”

The 31-year-old first sat the Kenya Certificate of Primary Education in 2007 and scored 305 marks. Jacobeth said as her case continues, she will go on with her secondary education after having dropped out of Eregi Girls Secondary in Form Three. There are avenues of online learning in prison that she says will help her attain the highest level of education.

Ms Jacobeth was charged with killing her mother, Leonida Benadena, a pastor, on January 12 last year in Shisembe village, Kakamega South. She chooses not to recall the experience. Jacobeth failed to raise Sh250, 000 after denying a charge of murdering her mother.

She says instead of dwelling on the things that put her where she is, she would rather ride on her recent achievement to appeal to her family to visit her now that she has “started a journey of self-reinvention”.

“I know they regarded me as the black sheep of the family but with the top score in the exams I pray that some of them will find a place in their hearts to empathise with me and at least pay me a visit,” she says.

Doreen Anabaka, the Kakamega Women’s Prison in charge, said she didn’t expect a prison candidate to score more than 400 marks. Majority score an average of 250. She said the 402 marks attained by Jacobeth pulled up the ranking of the female wing of the prison above that of the men.

“On the male’s side, the top candidate had 383 points, some 19 marks shy of what Jacobeth scored. That gave us bragging rights because they (men’s wing) have been beating us all along the years,”

Boniface King’oo the deputy in charge of the men’s wing admitted that the women gave them a run for their money but vowed to wipe the floor with them in the next national exams.

“They produced the best candidate in this year’s KCPE who performed better than Fred Musundi (convicted of murder) whom we had expected could hit the 400 mark. Well, congratulations to them but they must watch out because we will beat them in the next exams,”

Kingóo said of more gravity is for the inmates to understand that getting imprisoned is no end of education.

“You can always make up, especially if you missed out on a chance for education,”