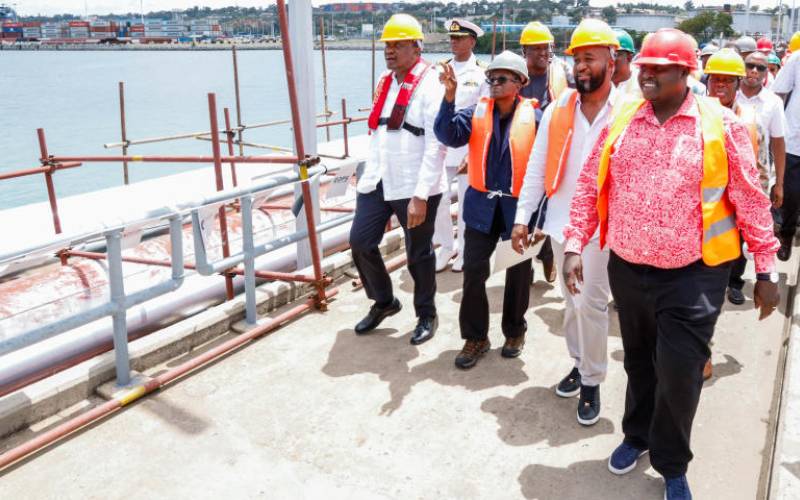 Kenya Pipeline Company (KPC) has plans to set up a Liquefied Petroleum Gas (LPG) facility in Mombasa to quicken the loading of cooking gas for distribution by trucks. This will help to cut demurrage costs.

The planned truck loading system comes at the time when LPG prices have hit levels seen six years ago after the State reintroduced a 16 per cent value-added tax (VAT) on the commodity.

The prices look set to rise even further with prices of butane and propane – the by-products of crude oil used in the manufacture of LPG – having risen on low supply in the source markets such as the Gulf.

KPC usually receives imported LPG from ships berthed at the Shimanzi Oil Terminal and puts it into its tanks – T610 and T611 located within its Changamwe facility. The product is then evacuated to local terminals through inter-connecting pipelines for truck loading and bottling respectively.

KPC says this process is challenging to oil marketing companies given that they do not have loading gantries for truck loading.

This challenge and the limited LPG storage capacity in Mombasa meant that ships had to stay longer at the port, leading to higher demurrage costs. These costs are then transferred to consumers, putting pressure on the cost of living.

Kenyan households had paid low prices for cooking gas since June 2016 after the Treasury scrapped VAT on LPG to cut costs and reduce the use of kerosene and charcoal. However, the cost of gas has been on the rise since 2017, wiping out the tax benefits that came with the scrapping of VAT.

The State Corporation is in search of a consultant to carry out an environmental impact assessment study that will guide in setting up the truck loading facility at the Changamwe plant, Mombasa.

Retail prices of LPG are not regulated. The State has been signaling the possible introduction of price controls for cooking gas, especially as the construction of Kipevu Oil Terminal nears completion.

The terminal will have a common-user berth for handling the fuel, allowing the government to replicate the model of petroleum’s open tender system that allows the lowest bidder to import. LPG is the second most used fuel for cooking at 23.9 % of Kenyan households. Kerosene is the most preferred at 55.1 %.